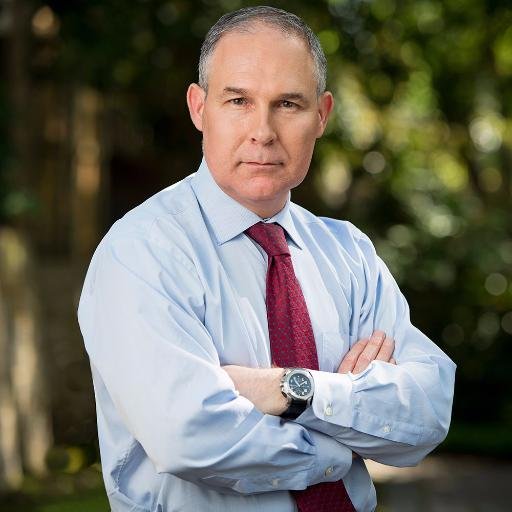 Why He’s Earned Our Notice:
Confirmed on February 17th of 2017, Scott Pruitt is our nation’s newest Administrator of the Environmental Protection Agency. In his new position, Pruitt assumes responsibility for protecting both the environment and human health through legislation; to accomplish this goal, former administrators have passed items including the Safe Drinking Water Act, the Endangered Species Preservation Act, and the Air Pollution Control Act. Like much of Trump’s cabinet, Pruitt’s appointment sparked controversy. In his time as the Attorney General of Oklahoma, Pruitt stood in opposition to both the EPA agenda and the scientific consensus on climate change.
In other words, he’s the fox in the henhouse.
Personal Life and Educational Background:
Edward Scott Pruitt came into the world on May 9th of 1968. While born in Danville, he grew up in Lexington. At Lafayette, where he attended high school, the future politician made a name for himself on the gridiron and the baseball diamond. His sportsmanship earned him a baseball scholarship to the University of Kentucky. However, after just a year there, he transferred to Georgetown College to pursue a bachelor’s degree in both political science and communications.
After graduating from the university of Kentucky in 1990, Pruitt enrolled at the University of Tulsa to complete his Juris Doctorate. He completed his last degree in 1993.
Education: